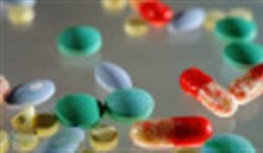 Posted 17th April 2013: A new Danish study of 19 migraine sufferers-Migraine WITHOUT Aura has provided evidence that the blood vessels OUTSIDE the skull dont change during an attack, suggesting that another mechanism may be responsible for the pain felt during migraine. Researchers have suggested that the nerves around blood vessels may become sensitized.
Using MRI analysis: researchers compared one side’s blood vessels with the other. They found that the arteries on the OUTSIDE of the skull did not expand (blood vessels INSIDE the skull changed a little). Reporters in ‘The Lancet’ Neurology have suggested that this raises questions as to the mode of action of drugs like Sumatriptan, contradicting what they previously thought.

A New theory has been proposed that it is actually the nerves around the blood vessels that become sensitized.

‘Our findings are of great importance to our understanding of migraine headaches and future research on migraines,’ said study co-author Faisal Mohammad Amin, a PhD student at the Danish Headache Centre, Glostrup Hospital, Denmark. ‘At the same time, the findings can also be used to reassure migraine sufferers who worry that their arteries are about to explode during an attack. Theyâ€™re not.’