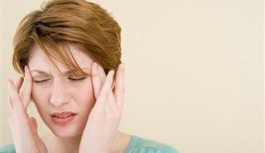 The frequency of migraine headaches is greater among perimenopausal (around menopause onset) and early menopausal women than their premenopausal counterparts, according to research presented at the 56th Annual Scientific Meeting of the American Headache Society (AHS).

Relying on a subset of data from the American Migraine Prevalence and Prevention (AMPP) study, a team of researchers from the University of Cincinnati mailed a survey to 120,000 American households. While examining data from the 2006 AMPP survey, the investigators considered women aged 35-65 years who experienced migraines to be eligible for further analysis. The study participants were classified by their current headache frequency, with high frequency group members suffering 10 headache days or more per month, and low to moderate frequency group members experiencing fewer than 10 migraine days per month. The participants were also classified as premenopausal, perimenopausal, or postmenopausal. The traditional onset of menopausal transition is approximately 47.5 years of age, with menopause typically occurring around age 50.

For years, women with migraine have been telling that their doctors that their headaches worsen during the perimenopausal and early menopausal years, but their doctors did not believe them, lead study author Vincent T. Martin, MD, told Internal Medicine World Report.
We wanted to validate this observation within our patients.
Researchers discovered frequent migraine headaches were 50-60% more common among the perimenopausal (12.2%) and menopausal (12%) women than the premenopausal group (8%). In a second analysis that was not included in the research poster, Martin and his colleagues found was the late perimenopausal time period that women get the most headaches an increase of 70%.This is right when women just start skipping menstrual periods, (so) we think it is the declining and low estrogen levels that make this time period so vulnerable to headaches, Martin explained.

Martin expressed that women have been right for years about migraine headaches worsening throughout the turbulent periods of perimenopause and early menopause, and he hoped physicians will learn more about menopausal transitional disturbances. There might be hormonal therapies that could be employed during this time period to decrease the frequency of headache in women with migraines, Martin indicated, noting that women who are not menstruating or menstruating infrequently could use an estrogen patch, which maintains non-fluctuating estrogen levels and might prevent migraines. Women, however, need to discuss the risks and benefits of such therapy with their physician, as there are risks to estrogen-containing hormone replacement therapy, like breast cancer, blood clots, stroke, and heart attack.
See more at:http://www.hcplive.com/publications/internal-medicine-world-report/2014/July-2014/Migraines-Worsen-in-Transition-to-Menopause#sthash.VMdH2JFI.dpuf”>http://www.hcplive.com/publications/internal-medicine-world-report/2014/July-2014/Migraines-Worsen-in-Transition-to-Menopause#sthash.VMdH2JFI.dpuf
– See more at: http://headache.com.au/news/286-latest-research-menopause-and-migraine.html#sthash.T17X4zR1.dpuf